One of the participants at our recent Bella Coola workshop, Chris Wright, wrote about his experience on his blog. He includes 10 amazing pictures with a description of each. Have a look. And thanks, Chris, for the shout out.

A Creative Journey, by Chris Wright.

Earlier this month we completed our first workshop on Gabriola Island. It was a smash hit!

The island is beautiful, unique and filled with photographic opportunities. Our accommodations at The Haven were excellent. And our group of photographers broke through to seeing in new ways.

But as we discover over and over, it really doesn’t matter where you go to break through the barriers we all encounter to seeing. Creativity can happen anywhere, when we take the time to slow ourselves down and really see.

To get the full story, have a look at these two blog posts:

To be notified of future Develop Your Creative Vision workshop, click here.

Concentrating on creating: a photographer in the zone during a workshop.

We came to stretch our vision beyond what we thought was possible. And we succeeded.

We rolled along through the Cariboo foothills enroute to Barkerville, eyes peeled for wildlife. The leaves had just started to turn golden-yellow. Regular life gradually ebbed away on the long drive as we headed into a week of seclusion with just our cameras, rain gear and each other for company.

Most of us were skeptical about spending a week in Barkerville. Some of us had been before, and honestly, two hours in the mud seemed like more than enough. What would we photograph at a tourist attraction for seven days? But Chris and Dennis were teaching, so we signed up.

Each day we breakfasted in the parlour of a historic hotel, hosted by the storied James Boyce. His tales animated Barkerville’s milieu so much that our images became haunted by unseen things. In the schoolhouse across the street, Chris and Dennis led mini seminars inspiring and directing our work for the week—and if we stick with it, for life.

“There’s a connection between your spirit and that scene that draws you,” Chris told us, encouraging us to articulate the connection, the thing that draws us to photograph, and then to use our bevy of tools to express it. So much more than a fresh take on the rule of thirds, there’s a spirituality to this kind of photographic art.

“It’s life-giving, when you make the images that speak to you,” Dennis added. “That’s why it’s important to discover what it is.”

Out we went into the solitude of our cameras. We wanted more than to document Barkerville—that’s already been done within an inch of its life. We wanted to make images that sang. Some of us focused on one window all afternoon; some wandered the breadth of the town and back. No subject was off limits. We photographed flowers, walls, roads, the historical interpreters, animals, each other, door mats and items that became unrecognizable through multiple exposures and intentional camera movement. We photographed at morning in glimpses of sunshine, and at night in the pouring rain. We wandered around nearby Wells, hacked through the forest, and some of us climbed into an old mine drift.

Back we came every day to review, commiserate, celebrate, learn, critique, express and process.  “I didn’t know you were allowed to do that!” Buzz exclaimed at one session. We laughed, but it truly encapsulated the reason we’d come to the workshop: to stretch our vision beyond what we thought was possible. Joan’s goal was to “See the unseen in the seen.” Sounds a bit like a riddle, but when you see her images, you get it. This kind of photography is so much more than what you see. You can knock out a hundred good documentary images, and what will you do with them? But if you get ten artistic images that you wrestled and waited and worked for, you’ll be able to convey the spirit of a place.

After seven days of photographing Barkerville, none of us was at a loss for why we were there. The variety was enough so no one was bored, but we were forced to use discipline to get deeper on one theme. It wasn’t easy, but like Chris said, “No one can escape the fear of failure.” If you want to develop your  photographic art, you have to push yourself. There’s still gold to be found in Barkerville, if you’re willing to put in the work.

This article, written by Zoë Ducklow, a journalist, is the result of our request to have her write about the major shifts we see in people every time we complete one of our workshops. She spent a week with us at our Barkerville workshop. Although we no longer offer workshops in Barkerville, the process is very similar.

Changed by a Photographic Workshop 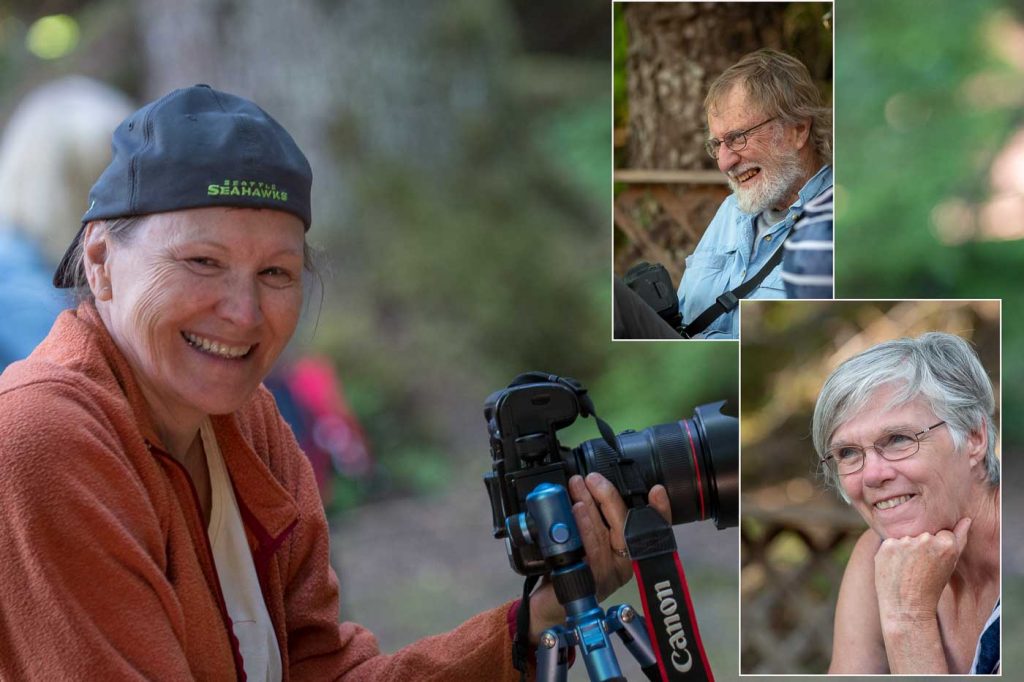 After another week of pushing our photographic limits with a great group of people at Develop Your Creative Vision, we have two blog posts to share. These were written on our respective websites so the links to them are here. Congratulations to the amazing photographers who worked so hard in Bella Coola, June 2018.

Transformational! Seven Days in a Photographic Workshop Changes You!,
by Dennis

Our Tallheo Workshop:  A Week of Discovery and Creative Image-Making,
by Chris

And a few photos from Dennis’ camera during the same week, just for fun.